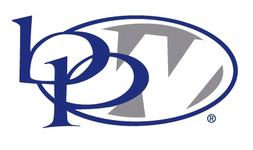 The club became part of the Pennsylvania Federation of Business and Professional Women when we chartered in March of 2000 with a roster of 37 members at Ligonier Country Inn.  Ina Mae Smithley, who had been a ten-year member of the Latrobe BPW, was recognized by the PA Federation at the June, 2000 BPW Convention in Harrisburg, PA as founder of the Ligonier Valley BPW.

The charter was received just six months after the death of Sandra L. Neiderhiser, a Ligonier resident who was serving her second term as President of Latrobe BPW when cancer took her life.  It was Sandy’s wish that a memorial scholarship be established in her name for a graduating Ligonier area student.  At that time the wheels started turning to establish a club in Ligonier.  The memorial funds from family and friends that were donated when Sandy passed away formed the beginning of what is now an established endowment administered by the Community Foundation of Westmoreland County.

The BPW of LV club each year presents two Sandra L. Neiderhiser/BPW Scholarships to  deserving young women to pursue post-high school education.  The young women are evaluated on the traits of service, leadership, scholarship, integrity and compassion – all are traits that Sandy Neiderhiser displayed during her life and all are values that BPW upholds.

Beginning in 2005 the club established its own $1,000 scholarships, which are presented each May to two additional Ligonier area high school graduates.

The $4,000 in scholarships is the club’s major charitable emphasis; however, it supports additional charitable causes each year.

In support of the ideals of the Pennsylvania Federation of Business and Professional Women, the local club’s focus continues to be “Women Helping Women.”